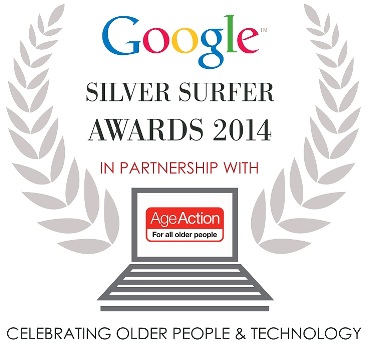 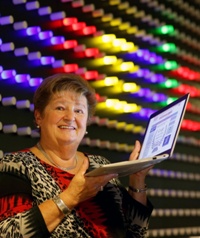 Trudy Nealon from Co Laois was named the overall winner of 2014 Google Silver Surfer Award with Age Action in October 2014.

Trudy uses technology on a daily basis for everything, as treasurer of the Portlaoise Active Retirement Association, she is also responsible for the administration of the club, managing its finances and membership database.

In addition to doing all her banking, shopping, travel arrangements and correspondence online, Trudy also uses her expertise creatively. For her club she puts together presentations of proposed holidays for the local group to choose from and she even produces CD rom collections of holiday photos for members who take part in the group tours. This year the club celebrated its 10 year anniversary and to commemorate the occasion Trudy produced a DVD of the club’s history for all the members, complete with titles, credits and a soundtrack.

Minister for Communications, Energy and the Environment, Alex White T.D. presented Trudy with her award and the prize of a brand new Google Chromebook laptop during a ceremony held in The Foundry building at Google headquarters in Dublin today. 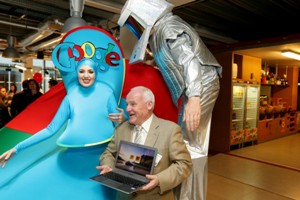 Having spent many years caring for his mother, John struggled when she passed away, drinking heavily and suffering with depression. With his doctor’s support, John was advised and encouraged to get out and meet people.

He joined Age Action’s Getting Started programme in October 2013 and loved it so much that he immediately rushed out to buy a laptop and connect himself on email and the various social media platforms. Since then, his life has completely changed and he is now a regular user of the internet for corresponding and watching his favourite sports programmes and matches including football and racing.

John was recently elected Treasurer of the official Waterford GAA supporters’ club (Company Club Deise) and is looking forward to using his computer skills for the benefit of the club. He has also taken a further computer course in the Waterford Adult Education Centre and thanks Age Action for helping him become computer literate and changing his life. 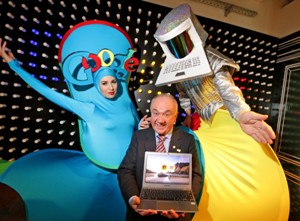 For Sean Radley, IT is a passion, particularly when it comes to his enthusiasm and drive in his local community. From Millstreet,  County Cork Sean founded the community website www.millstreet.ie which documents the life of the local community and keeps North Cork up to date with all the latest news from the surrounding area. Sean was also instrumental in the launch of the local community TV station LTV and LTV2 and regularly produces and presents numerous programmes on the channel’s schedule.

As well as being an Arts and culture lover, Sean is also a music aficionado. As a member of the Millstreet Gramaphone Club, Sean uses his IT skills to download and create CDs of the old music for the club’s members. He was nominated by Louise Bourke of IRD Dulhallow, a Rural Development Company, Sean has been described as a man before his time for his vision, passion, enthusiasm and drive in local community communications. 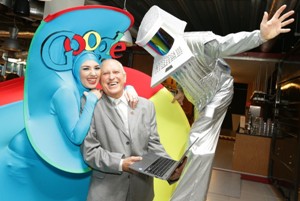 85 year old Paddy Crean is an active member of the Wicklow Male Voice Choir, joining shortly after its foundation in 1998. Since then, Paddy has gone on to use his IT skills to enhance the group’s singing by sourcing software which translates written scores into music sounds for choir members who cannot read music very well.

Previously, learning new choral songs from music notation was time consuming but now Paddy can put the new music onto USBs and Flash Drives so that members can rehearse new material at home. Paddy also set up  the choir’s website and continues to edit and moderate the site. His online skills have also led to his involvement with the Wicklow Active Retirement Association, designing and administering separate websites: www.activeretirement.org and www.wicklowbridge.net. He was nominated by several groups he works with and is described as an inspiration! 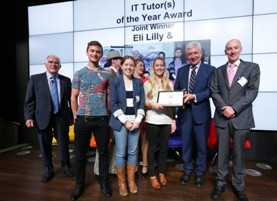 This year’s joint winners included 11 volunteers from Eli Lilly Pharmaceuticals in Cork. The employees came together to give up their free time to deliver an Age Action Getting Started computer training course to the members of the local community of Dunderrow as part of their company’s Community/Corporate Volunteer Programme. A resounding success for both the students and the volunteers, the classes are a major talking point across the community. Taking place in Dunderrow National School, the volunteers deliver training on computers, the internet and mobile phones to those over the age of 55 with varying knowledge and skills of the digital world. 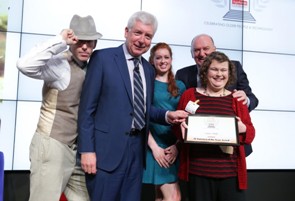 Joint winner Louise Daly has volunteered in excess of 1,000 hours with Age Action. She has taught over 130 individual computer training classes as part of the Getting Started programme and volunteers at the Friday Drop-In Service whenever she can. With a relaxed manner and great sense of humour, Louise instantly puts her students at ease making it easier for them to learn and is constantly in demand by repeat students because of her patience and dedication! She’s even added the use of Apple Mac products to her syllabus and is now helping her students get to grips with the technology. Louise also regularly gives talks on the Getting Started training programme, spreading the message and encouraging people across the country to get online.

(31 January 2023) Age Action is reiterating their call for Government to set up a Commissioner for Ageing and Older persons to bring an appropriate level of insight, representation and transparency to policy on ageing and older persons, and to help prevent scandals such as the recent revelation of a secret state policy to deter older persons from taking cases to challenge being charged for nursing home care.