Home » About Us » Board of Directors

Age Action Ireland's current Board of Directors are listed below.

If you would like more information about Age Action Ireland and its Board of Directors, please contact us:

He is a Fellow of Chartered Accountants Ireland and holds qualifications in Mediation (CEDR London & MFI), diplomas in Forensic Accounting and IFRS, and is a Qualified Financial Adviser (QFA).

Colm is non-executive Chairman of a number of owner-managed businesses and also provides strategic advice and guidance to growth-oriented SMEs. He is a Fellow of the Institute of Chartered Accountants in Ireland.

From 2010 until late 2016, Colm was Chief Financial Officer of Heatons which has 60 department stores across the island of Ireland and employs more than 2,000 people. Prior to that, he had been a Partner in BDO where he advised a diverse portfolio of indigenous Irish businesses and led the firm’s Family Business Advisory team 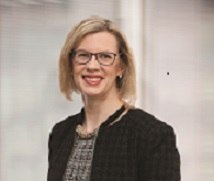 Ciara is a Director with Legal Services, KPMG Ireland. Ciara has in excess of 20 years’ experience as a Chartered Secretary working with a range of Irish and multinational clients operating in a number of sectors, advising on Irish company law and corporate governance matters. She is a Fellow of ICSA, The Chartered Governance Institute. For the past five years, Ciara acted as the voluntary Company Secretary of Nandri, a charity whose mission is to empower disadvantaged women in rural India.

Pat is the Head of Wealth Management with Barclays Ireland. Pat joined Barclays as a graduate trainee in 1993 and has worked in various roles across Corporate, Investment and Private Banking both in Dublin and London.  Pat is a member of the Executive Committee of Barclays Bank Ireland PLC. Pat holds a BA from University College Cork and a Masters in Economics and Finance from Maynooth University, where he lectured Economics prior to joining Barclays. Pat is a Licentiate of the Institute of Bankers in Ireland, a Certified Bank Director and a Qualified Financial Advisor. Pat is married and has four young children.

Robin Webster is an Adjunct Lecturer at the Irish Centre for Social Gerontology, National University Ireland Galway. Previously he was one of the founders of Age Action and its first Chief Executive from 1992 to 2015. He was elected as a Director in 2016 and has served continuously as Company Secretary from 1993 to 2017.  His earlier positions included Director of Age Concern Scotland, membership of the Pensions Board, National Development Officer, Society of St Vincent de Paul in Ireland, Lecturer in Community and Social Work, Trinity College, Dublin, Lecturer in Ageing and Society, Open University in Ireland, HM Inspector of Schools (Further Education), Scottish Education Department, Director of AONTAS, (National Association of Adult Education in Ireland), Principal, Westminster Institute, London and Director, Forum Poverty Programme, Connemara.  His experience and qualifications include a MSc (Gerontology), Kings College, London, BA (Social Science), Diploma in Social Work, Diploma and Certificate in Education (London University). Through his professional and voluntary work, he has had extensive experience in different settings of working with older people and developing ageing policies as well as adult education, community development, social planning and social work. 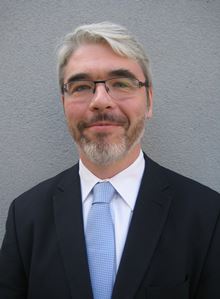 Justin is Head of Public Affairs with the Irish Wind Energy Association.

He has nearly 20 years experience in communications and public affairs roles with Sinn Féin, Amnesty International and EirGrid, the national transmission system operator.

He also spent three years working with Age Action as the Head of Advocacy and Communications, where he led the organisation’s campaigns for a fair State Pension, a right to homecare and to end elder abuse.

He has a degree in Journalism and a Masters Degree in International Relations from Dublin City University.

Ailbhe is a long-time campaigner on feminist, LGBT and other social issues. Most recently, she played a leading role in the marriage equality referendum campaign in 2015, and was Co-Director of the Together for Yes campaign to repeal the 8th Amendment. The former founding head of Women’s Studies at UCD (University College Dublin), she has published widely on feminism, gender, politics and culture.

Tonya started her career as a journalist, writing about social and political issues for one of the leading Russian newspapers before moving to Ireland. In Ireland, her passion for human rights and interest in advocacy brought her to Cairde- a health advocacy organisation working to reduce health inequalities among ethnic minorities through the rights based approach – to take up a role as Women’s Health Development Worker, engaging directly with women, experiencing inequality and advocating on their behalf.

Tonya has over 17 years of experience in working with minority ethnic individuals and groups with a particular interest in women’s health. Currently, she is a General Manager of Cairde.  She previously worked as Community Development and Policy coordinator in Cairde and was involved in policy development initiatives with the ethnic minority communities. Tonya holds MA in Digital Media from Dublin Institute of Technology, MA in Journalism from Moscow State University and Professional Diploma in Human Rights and Equality from the Institute of Public Administration.

Tony’s career, over some forty years, ranged over many sectors from Consumer Products, Aviation, to Medical Devices, and spanned many roles from Plant Manager through Operations Director to CEO, operating in both indigenous and multi- national companies. He holds a M.Sc. Eng from Trinity College Dublin and an M.Sc. in Sustainable Energy from UCC. Tony is an active volunteer with Age Action’s Care and Repair service in Cork. Born in Wexford, raised in Dublin, Tony has lived in Cork for the past 30 years. He and his wife Dorothy, also an active volunteer, have four adult children and six grand-children.

Ray lives at the edge of the Glazing Woods in Cheekpoint Co. Waterford where the Barrow River meets the Suir. His joy of walking, local history and the environment are brought to public attention in his Heritage Rambles in Gaultier weekly column in the Waterford News and Star.   Formerly a teacher and college principal in Canada he returned to Ireland in 1992 and became a lecturer in Lifelong Learning at WIT.   He is active in community matters, being a member of Waterford Council for Older People and the Waterford PPN Environmental Linkage Group.  He also served two terms as a board member with Waterford Leader and was a committee member on several Strategic Policy Committees of Waterford Council.  Ray is currently chairperson of Waterford U3A. 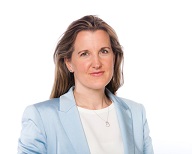 Originally from Sweden, Susanne lives in Dublin with her family and her dog. Over the past number years she has developed an interest in ageing matters, chairing a corporate Intergenerational Committee.

Seeking an opportunity to contribute her extensive risk management expertise to the voluntary sector brought Susanne in contact with Age Action. Susanne holds a number of academic and professional qualifications.

Dermot has spent most of his career working in the public sector in various roles in the areas of corporate governance, internal audit, risk management and financial management. He is very experienced in providing consultancy and training services in these areas and latterly managed the governance function of several public sector bodies.

Eithne is a solicitor and economist. She specialises in competition/antitrust law and has extensive experience in enforcement, regulatory and public law, human rights, and litigation at EU and national level.  She has previously worked for a leading international law firm, the European Commission, the UK Competition and Markets Authority and is currently Lead Competition Counsel at the Financial Conduct Authority in London. She is also a visiting lecturer in competition law at the University of Limerick.