Age Action, Ireland’s leading advocacy organisation for older people, has cautiously welcomed the increase in the State Pension and other income supports for older people announced in today’s budget. 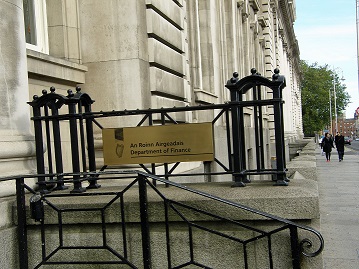 State Pension and other income supports

Anna McCabe, Interim CEO, said: “An increase in the State Pension was overwhelmingly the top priority for our members in Budget 2019.

“An increasing number of older people on a fixed income are finding it difficult to pay essential daily bills in the context of current taxes and rising prices. This makes today’s pension increase all the more vital and we are pleased the Government is delivering its promise to reverse the damage to older people’s incomes from previous austerity Budgets.”

However, the organisation expressed its disappointment at the decision to delay the pension increase to March 2019 and the failure to reverse the 2012 pension cuts.

Anna McCabe continued: “We had hoped to see progress on reversing the 2012 changes to the State Pension which continues to punish older people who do not have a full contribution record such as those who worked abroad and the self-employed before 1988.”

“It is disappointing that, for the third time, we’re seeing a delay in the pension increase, especially when it is perhaps most needed in January and February to help during the coldest months.”

“We welcome the restoration of the final 15 per cent of the Christmas Bonus and payment as a double week for Christmas 2018 for all social welfare recipients.”

“A corresponding rise in the thresholds of means-tested benefits such as the fuel allowance and medical cards is needed to see these income increases make a real difference to the life of an older person.”

Anna McCabe said: “We are disappointed not to see any concrete reference to home supports in Budget 2019. Homecare in Ireland is in crisis. A statutory home care scheme is urgently needed. Almost 6,500 people are waiting for funding for home supports.”

“Home help hours and home care packages are simply not available as needed in many parts of the country and provision of care varies greatly across the regions.”

“Inadequate home support resources mean more older people simply do not have the option of being cared for at home, more families struggling to cope without home helps and more pressure on carers.”

Anna McCabe continued: “We welcome the modest decrease of 50c per prescription charge for over 70 medical card holders but know that this charge will still continue to cause real hardship for older people surviving on the lowest incomes.”

Prescription charges increased by 500 per cent during the Recession. Older people are more likely to have multiple prescriptions and to suffer from a tax that targets the sick and the least well-off.

“The reduction announced today is good news and we hope it is a step towards abolishing what is an unnecessary and dangerous tax on a vulnerable group.”

The higher cut off in eligibility for the GP Visit Card will mean that some older people under 70 will become eligible for a free GP visit. The €10 reduction to €124 monthly cap for the Drugs Payment Scheme is a modest help for older people struggling with the cost of medicines.

For more information contact Corona Joyce at advocacy@ageaction.ie or on 087 968 2449

Earlier this year hundreds of Age Action members met across the country and agreed their priorities for this year’s budget, which have been costed and published today:

(15 June 2022)  On World Elder Abuse Awareness Day Age Action is reiterating the call for the establishment of a Commissioner for Ageing and Older Persons, with a supporting legal framework, that will ensure that we are all treated with respect and on an equal basis with the rest of the population in older age.

3,871 notifications of abuse for persons aged over 65 was reported in the HSE’s National Safeguarding Report 2021. Immediate family members are identified as the person of concern in reported cases of abuse of people over the age of 65.