Age Action has described today’s HSE service plan as very disappointing, saying it will do little to assist older people who need long-term care and support. 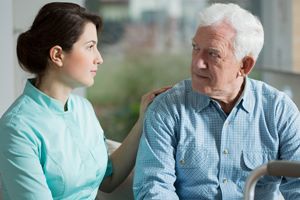 The organisation pointed out that the true size of additional supports for older people was substantially less than outlined this morning.

Justin Moran, Head of Advocacy and Communications at Age Action, said: “The service plan for 2016 is very disappointing and will make very little difference for older people.

“An additional 1,650 home care packages were announced but, taking into account the number of packages allocated this year, the true figure for 2016 is less than a third of that.

“Every political party tells us they’re committed to supporting older people to stay at home as long as possible.

“To do this, we need substantial investment in home supports and a right to community care. Our members will be looking to see which political parties are putting those commitments in their manifestos in the coming general election.”

It is also clear from the plan that the HSE does not believe the additional investment provided will be sufficient for services for older people.

“It also appears that there is a great deal of doubt in the HSE about whether it can meet the commitment to keep waiting times for the Fair Deal Scheme to four weeks or to comply with the standards required in public long-stay residential facilities.

“Given the small increases in funding and extra supports, 2016 is going to be a difficult year for older people who need support."