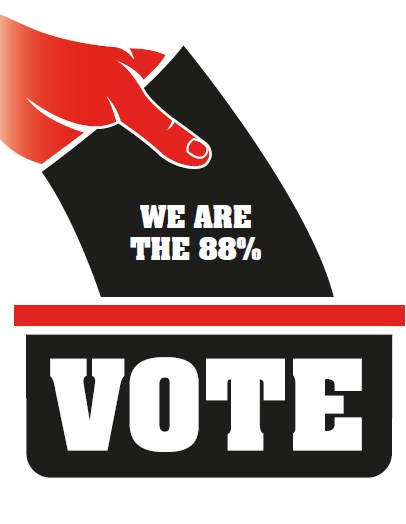 Join the 88 percent and make your voice heard in General Election 2016.

In the 2011 General Election turnout among voters over the age of 65 was 88 per cent, far higher than the national average.

More than half a million older people are eligible to vote in this year’s general election.

Our votes, the votes of the 88 per cent, will be critical in constituencies across this country, but which candidate, which party is listening to us, which party best represents us?

Take action by sending an email to the four main party leaders here.

Age Action has set out our key priorities for this election (pdf, 358KB) and we're urging you to support us.

We also invited the political parties to answer three key questions relating to older people. Here are their answers.

Together, we're asking every General Election candidate to sign up to the 'Earn Our Vote' pledge to show their commitment to making Ireland the best country in the world in which to grow old.

Find out more about Earn Our Vote