Age Action and Active Retirement Ireland are calling on the next Government to plan sufficiently for an ageing population to ensure that people remain active, engaged, and valued in their communities for as long as feasible, with choice and control over their lives, regardless of their age.

As the population demographic in Ireland is changing, the next government has both the opportunity and responsibility to create a society where everyone in Ireland has the potential to age well.

The last Government has failed to adequately plan for our changing population. As a result, this has placed many older people in precarious and vulnerable situations, with groups living on an inadequate income and without access to the healthcare, housing or supports that they need.

Ireland has an ageing population. In the next 20 years, an estimated one in four of us will be over the age of 65. To effectively plan for successful ageing, we are calling for ageing to be at the centre of the next Government’s agenda by adopting a whole-of-Government approach to ageing and a lifecourse approach to policymaking.

Ask your local candidate to demonstrate their support for the General Election asks below when you are canvassed. You can download our Priority Asks flyer to keep handy by the door. 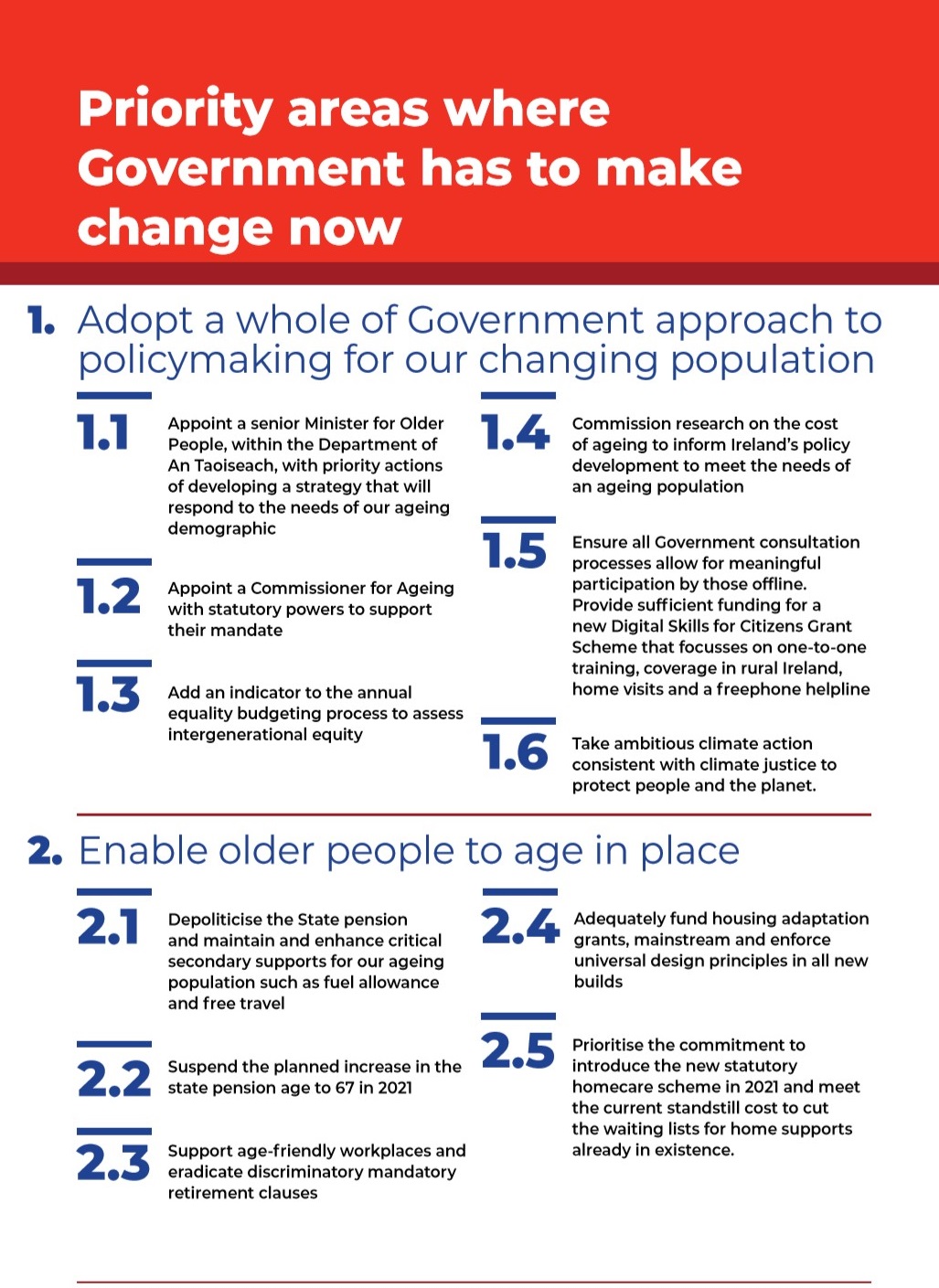 Priority Areas where Government has to Make Change Now. These asks have been informed by the responses we received to our Budget 2020 survey and our ongoing advocacy work.
Download the Ageing Better Priority Asks Flyer
Inform Your Vote - Manifesto Tracker
Ageing Better Campaign Manifesto
Ageing Better Whole of Government approach