Age Action has responded to media reports this morning that State transport providers are seeking restrictions on the operation of the free travel scheme. 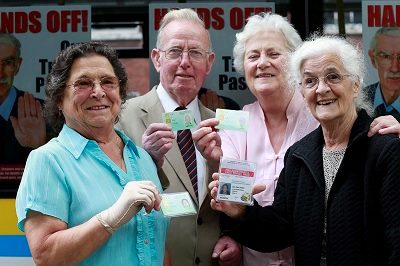 Justin Moran, Head of Advocacy and Communications at Age Action, said: “Peak-time restrictions on the travel pass were done away with a decade ago.

“A key reason for this is that many older people are entirely dependent on their travel pass to get to hospital and medical appointments.

“The HSE made it clear at the time that restricting older people from using the pass during peak travel times made it difficult to schedule appointments.

“A national survey of 500 older people carried out by Age Action last year found that 57 per cent said they used their travel pass to attend health or medical appointments. Any new restrictions would create additional barriers for older people to access healthcare.”

Age Action welcomed this morning’s restatement of the Government’s position that the scheme “will not be undermined in any way”.

Justin Moran continued: “Hundreds of thousands of older people will be worried at this morning’s report suggesting another threat to the free travel scheme.

“The commitment from Minister Burton to retain and protect the scheme is welcome, but additional funding is needed to secure its future.

“More than a hundred thousand people have received a free travel pass since 2010 but funding levels have largely remained stagnant.

“The Government can alleviate pressure on the scheme and demonstrate its commitment to its long-term survival by increasing the funding available to the free travel scheme in October’s budget.

“We would also urge the Government to publish the review of the scheme as soon as possible. Publication of the review would give some certainty on how the transport needs of older people will be addressed in the coming years.”

Blog: Age Action CEO Eamon Timmins on reports that changes are being to the travel scheme for older people are being considered

Age Action welcomes relaxation of some cocooning measures but criticises lack of consultation with older people.

(1 May) Age Action called for the Government to consult with older people as it plans for the longer-term impacts of Covid-19. To date, public health and Government advice has treated the over 70 age cohort as one. As a single age cohort people over the age of 70 have been subject to public health measures but not enabled to participate in the decision-making process that would ensure that their lived experience and their self-identified needs informs the outcome.