Volunteer Maureen Cullinane on the power of staying busy, learning the Irish language and life lessons from Steve Jobs! 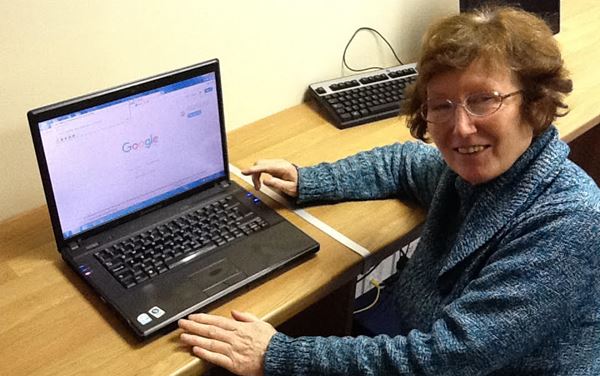 The first real connection I ever had with Age Action was when I was on another programme to learn radio production. It was something Life FM were doing all over the country for over 55s. I was thrown in at the deep end - baptism of fire - on our second day of the course, the lady running the course, Terri Kruschke, said that anyone who wanted to volunteer could go and interview Age Action officials and staff at the opening of their office on Model Farm Road.

I got to interview Eamon Timmins and believe it or not, as I arrived, actually shaking with the nerves, when I saw Eamon I recognised him - I had done a training course for Cork City partnership 10 or 12 years before and he had run a workshop on ageing. I had been very impressed with him that day - I never forgot anything he told me!

When I interviewed him he was very generous. To be honest I had no concept of the extent of the work done by Age Action until that day.

I’ve done plenty of volunteering before and had experience with the V.E.C. teaching computers with Return to Education and in many different areas in hospital in Dunmanway, Kinsale Road Centre for refugees and in Rehab in Cuan Mhuire. So when I heard that Age Action were looking for volunteers for Getting Started, training older people how to use computers, laptops, tablets and smartphones, I had no hesitation there and then on the day to offer to help.

I wasn’t a computer specialist by any means but I was used to dealing wth people learning computers for the first time. Julie Oates from the Getting Started programme was adamant that I knew much more than I said I did - she was very kind!

I’ve had some pupils who had never used a computer before. The first thing I teach them is the difference between their right and their left - what I say is left click is to do it, right click is do what!

Over the last few years things have got a good bit more complicated. Now you have people coming in with iPads, and all the added apps. But I’m still able to help and I’m still enjoying it immensely. Over the last couple of weeks I’ve been working with one lady. She wasn’t very good at using her laptop. She had just come back from holidays with her husband and she wanted to write about Greece while they were still in her head and give it to her husband for a Christmas present.

Within the space of two days she documented every single thing she did on her holidays and correlated them with dates and photographs, and not only that she has put them into a PowerPoint presentation. This was a lady I thought I’d be helping with simple things. So within the four weeks of the programme she has come so far. She’s walking on air. If I tell her a shortcut, she’ll make sure to write it down and take note of it. She says she has so many things going on in her life that she needs to know all the shortcuts.

I’m so proud of her. It’s like I gave birth to her - seriously, that’s the way I feel! People tell us their hopes and their dreams, and how nervous they are, and how they’re sorry about this phone, or they’ve got the wrong device. There is a lot of nervousness - people have an insecurity about being older and a fear that they won’t pick things up quickly. As tutors, we have a motto - whenever we hear someone talking themselves down we pipe up, “Only positive here!” I absolutely believe the support the tutors give each other is just as important as the support the tutors give the students.

Volunteering has been brilliant for me. In the past I volunteered with Cork Simon, the St Vincent de Paul and the Irish Heart Foundation.

I qualified in science and maths and did the Higher Dip [in Education] as a backup. I was planning on emigrating to Canada but I ended up falling in love with my teaching practice.

I got married then and at that time as a married woman you wouldn’t be employed very easily. I kept busy with family and we set up a family business too, so there was always plenty going on there. Then when I was about 40 I went back to college and did environmental science and social policy.

I probably got my values from my mother. She was a really good woman - she’s what you would call a lady in every way, except she had no money. I remember when we were children we had a beautiful heavy thick wool blanket with three stripes at the top. It was the most valuable thing we had in the house. But one day there was word that a baby was born down the road, “out of wedlock”, as they said at the time. Well she took a pair of scissors and she halved the blanket with them and brought half the blanket to the girl down the road. She taught us that no matter how little you have you can always give something.

I’m sure that’s some of the reason that I do what I do. I’m also a firm believer that when you do things, one thing always leads to another. That’s how I got involved with Age Action in the first place. 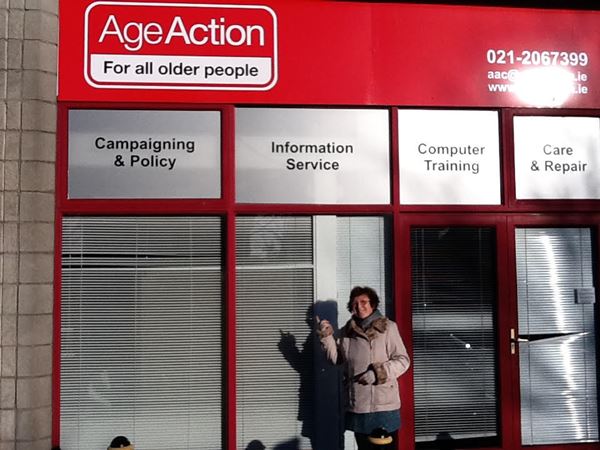 The reason I was learning radio production was because I had got an interest in how media works from looking at NHK World Japanese news programme after the terrible Japanese earthquake in 2011. I was glued to the television, I saw that NHK World were looking for monitors to assess their programmes. So I did that - although I got a bit worried in the end because every change I suggested they make they did! Television led to the radio, and that led me to straight to the door of Age Action.

When I’m at home I don’t mind cooking - I know I have to eat good food to keep my brain healthy - but I absolutely hate housework. So I’d rather go out and do something else. If I’m not volunteering I might be doing theatre with the Pyke Theatre Group - I was Mrs Twomey in “Drinks for the House, Mrs Twomey!”. I’m part of a writing group too and have had a poem published recently in the 'Echo' and another thing I’m loving right now is learning the Irish language.

I fell in love with Irish one wonderful summer in Ballingeary in west Cork years ago. There was no money available at the time and if anyone gave you the offer of a job that was a golden opportunity. I went to Touirín Dubh in Ballingeary where they had students coming to stay for the summer. I was doing helping the lady of the house, Máire Ní Cárthaigh. I wasn’t the most communicative young girl back then and I wasn’t even great with making eye contact - I’ve changed a lot I can tell you! - but Máire taught me so much, talking to me in Irish all day long. Part of the deal was that we could go to céilís at night, so I had the best of Irish from morning till night.

So over the last while I’ve been trying to learn the language properly. I go to Gael-Taca on Sullivan’s Quay in Cork City, and I’m working on a small project to record a radio programme about Sean Ó Riordáin. I’m organising a Seán Ó Ríordáin event in Ballincollig Library on December 17th, and I’m going to be interviewing members of An Ciorcal Cainte about him.

You could say I’ve been busy, but sure I had years of doing nothing!

Now I try to make every decision count. I read somewhere that you can only make eight decisions a day - that’s why Steve Jobs wore the same clothes all the time so he wouldn’t be wasting one decision just to dress himself. I’d say it’s the same for Zuckerberg. He’ll probably still be wearing a hoodie when he’s 72!

Would you like to know more about Age Action's Getting Started Computer Training programme - including how to volunteer? Click the button below to get started with Getting Started!

Read more about our Getting Started Computer Training programme 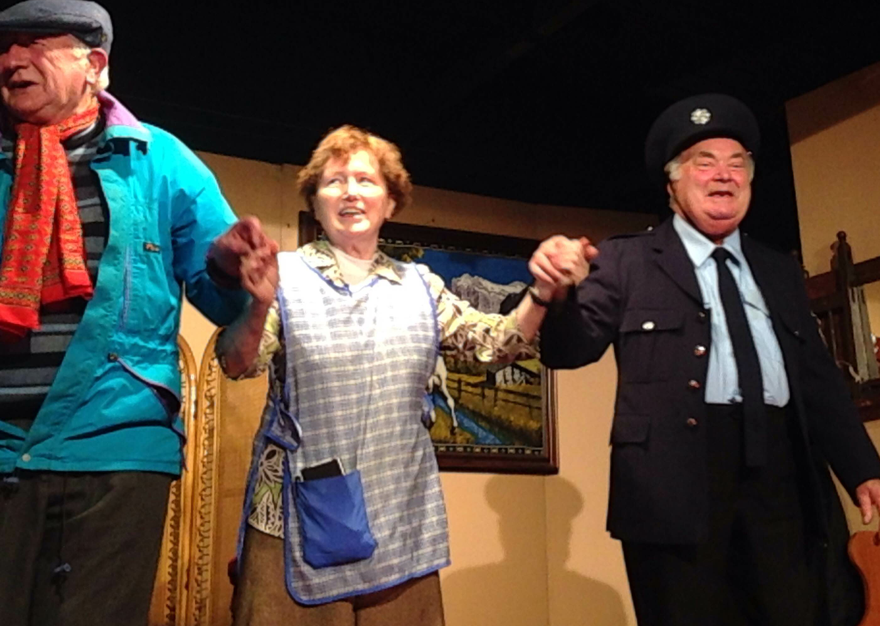 Maureen Cullinane as part of The Pyke Theatre Group in Ballincollig

Age Action has described the report of the COVID-19 Nursing Homes Expert Panel published today as underwhelming in its reforming zeal and has called on the Minister for Health to urgently establish a Commission on Care.